Think of something big that you’d like to manifest in your life right now. Not the little things, but the big, ultimate goal.

Would you like to manifest a million dollars, even though you’re unemployed?

Maybe you’d love to manifest a loving spouse or significant other, when there’s no hint of even a date on the horizon.

Is it a new car, a big mansion in the hills, or anything else?

When you think of this really big thing that you desire, can you think of any thoughts or beliefs you may have – even if you don’t want to admit it outright – that may be holding you back?

It’s All About Your Beliefs 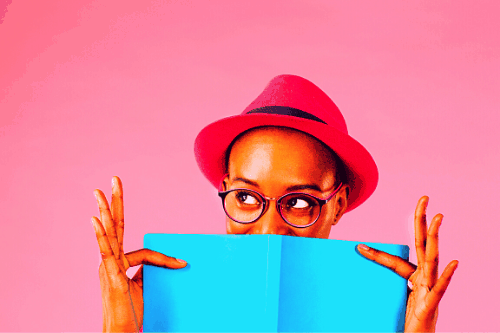 I want to let you in on a little secret – every single person on this planet, regardless of appearance, social status, wealth, age, race, or anything else – has a belief system.

This belief system is the product of interactions with parents, society, media – you name it.

It’s based on messages and ideas you are taught about yourself and the world around you. And you carry these beliefs with you throughout your life, rarely giving any consideration as to whether they’re true or not.

The sad fact of the matter is most of the time, the strongest ideas and thoughts you have about yourself and how the world works have are usually both negative and false. Yet how often have you ever examined them?

And that’s bad because it undoubtedly gets in the way of your manifesting.

That’s right! Those pesky, false ideas that have been ingrained in you since you were little are called limiting beliefs.

Today you’re going to learn all about how to identify them so you can destroy them and keep them from blocking your manifestations ever again.

What Are Limiting Beliefs? 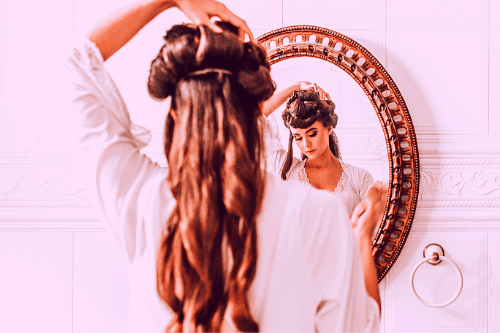 A limiting belief is something you have convinced yourself is going to keep you from what you want.

This belief usually comes from something you were taught when you were little. Maybe something your parents or family used to say, or an experience you had in school.

For example, have you ever heard “money doesn’t grow on trees?” If so, you probably believe earning money is hard.

Or maybe when you were in school, you were selected to read aloud from your textbook. If you felt nervous and stumbled over the words and other children laughed at you, perhaps you began to believe you weren’t smart.

Another example is something more subtle. Look through the media and you will see certain types of people tend to be famous and successful. So you don’t think you are pretty or slim enough to be rich.

All of these are examples of limiting beliefs.

And if you’ve been trying to use the law of attraction to manifest your dream life and keep feeling blocked, they could be holding you back.

How Do Limiting Beliefs Block Your Manifestations? 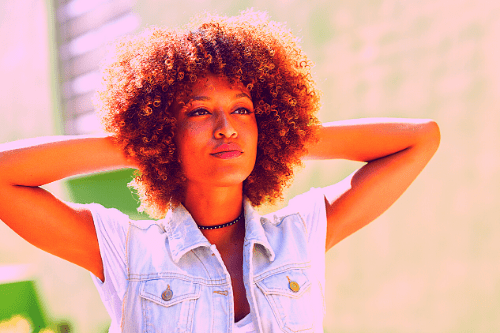 Limiting beliefs can block your manifestations so easily. Let me show you how.

I like to say so many times that sometimes when you request things of the Universe, it responds in a scream, and sometimes it’s a whisper.

What I mean by that is let’s say you want to manifest money.

Sometimes you will receive random checks in the mail, gifts of cash, free merchandise or other seemingly “magical” money manifestations out of thin air.

But much more frequently (much to many peoples’ dismay), you have to take inspired action and go physically do something to create avenues for the Universe to deliver money to you.

You may get lucky and the Universe will dump cash on you. But why slow down your own manifestation and avoid opening different avenues and channels of delivery?

It’s best to view those magical manifestations as bonuses, but assume you need to get out there and create your own magic, right?

Well, when would you be more likely to take risks, put yourself out there, be bold and strong, and create more opportunities for yourself?

When you believe in yourself, think making money is easy, and acknowledge that there are unlimited means to getting what you want?

Or when you believe “money doesn’t grow on trees,” “only certain types of people get to be rich,” or “I have to work extremely hard and make sacrifices to get what I want.”

I think the answer is obvious.

You can do all the manifesting and law of attraction exercises you want to, but if you have unchecked limiting beliefs operating in the background, it’s like holding up a shield completely blocking your blessings from ever making their way to you!

We don’t want that!

How To Identify Your Limiting Beliefs 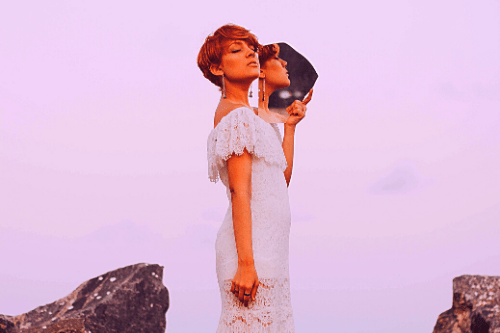 Now that you know what limiting beliefs are, let’s talk about how to figure out what yours might be.

The good news is that there are many common limiting beliefs that most people share. It’s rare to escape childhood and teenage years without developing at least one of the following core beliefs.

The easiest way to know what your limiting beliefs are is to look at the words you use when you talk about what you want in your life.

By default, you’ve probably come to the law of attraction and manifesting in the first place because you’re lacking something.

How do you talk about what you lack? 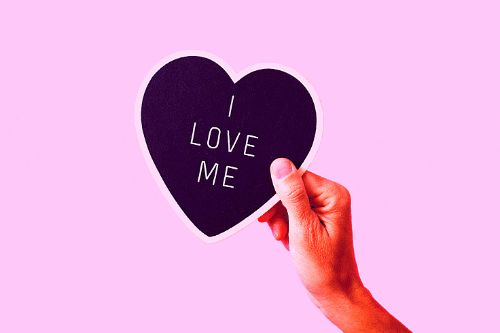 When you write or explain that you can’t do something or can’t accomplish something, you are sending messages to the universe that you will never do this thing.

It is one of the most negative things you can say, because it completely takes away all hope and faith, and instills a lack of confidence in your subconscious.

Or if you don’t feel confident that you can just yet, try “how can I?”

Asking yourself a question will get your subconscious mind working in your favor instead of against you! 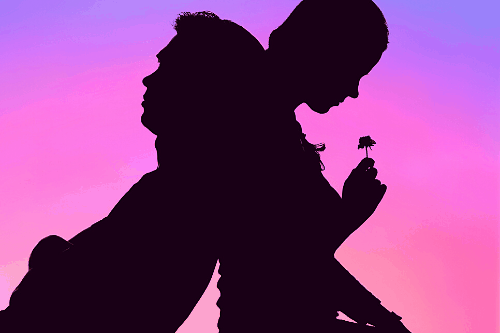 Another one is “I don’t”, which you might say more often than you realize.

It is a general feeling of lack and negativity that might be keeping you from your manifestations, and a very common way to represent your limiting beliefs to the universe.

To release the limiting belief of “I don’t”, think in terms of what you DO.

If you catch yourself saying “I don’t work hard enough”, for example, think instead of what you enjoy working on and say “I enjoy working hard on creative projects because they inspire me.” 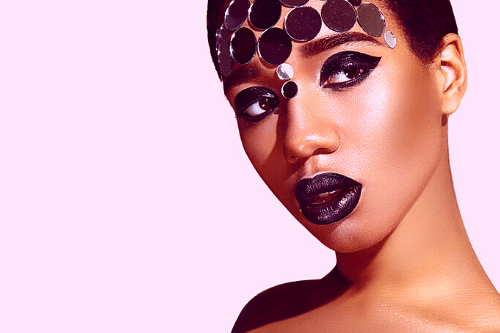 An interesting one is “I shouldn’t” because it puts a lot of doubt in your head but isn’t quite as transparent as “I don’t” or “I won’t”.

This limiting belief is less about knowing you are unable to do something, but that you don’t know if it’s the right path for you, or you feel like it may or may not be good for you. It is still a negative statement that should be avoided.

Instead of “should”, think of saying “I could”.

Because you always have many choices at any given time.

Realizing this opens you up to possibility rather than limitations – which you are trying to avoid. 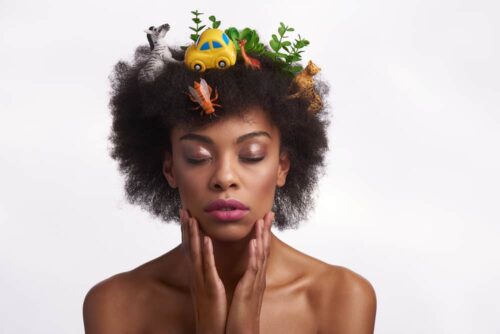 This is a really fast way to put doubt in your mind and let your limiting beliefs overshadow what you are trying to manifest. Any time you think or say “I’m not”, switch it to “I am”. In fact, all scripting and journaling for law of attraction should be in the I Am, as if you have already achieved what you want to attract into your life. 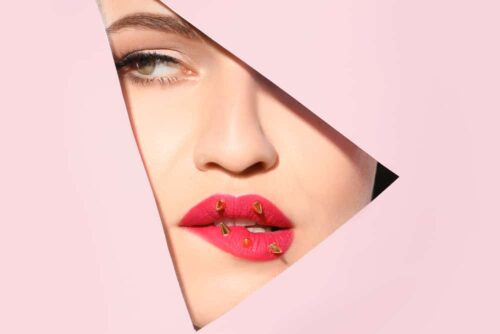 Lastly, there is “I won’t”. When you say this, you are telling the universe that you will never achieve something. It is more the intention before you even explore what your limiting beliefs are. Try to avoid saying I won’t as much as possible.

It’s so much more empowering and you’ll be able to manifest so much better! 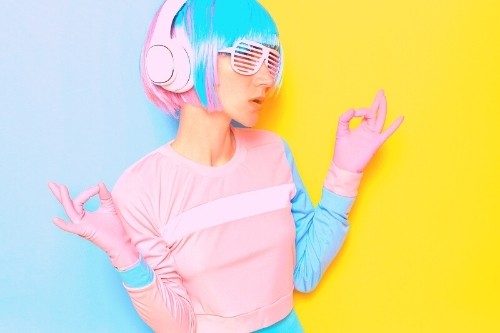 Now that you know all about limiting beliefs, what they are, and how they can keep you from manifesting your goals, I want to show you a secret hack that I found to release my very own limiting beliefs fast and easy!

So it’s true — there’s the slow, hard way to do things – then there’s a super simple mindset altering hack that you have to try!

The secret is that you can get started transforming those limiting beliefs to empowering, supporting ones that’ll help you start manifesting your dream life right now – for FREE – in as little as 12 minutes per day.

All you need is some earbuds and a few minutes to quickly download these incredible subliminal audio tracks and I swear they will transform your life!

All you have to do is click here and you will get two free audios to help you get started!

Trust me, they really work.

How These Subliminal Audios Destroyed My Limiting Beliefs 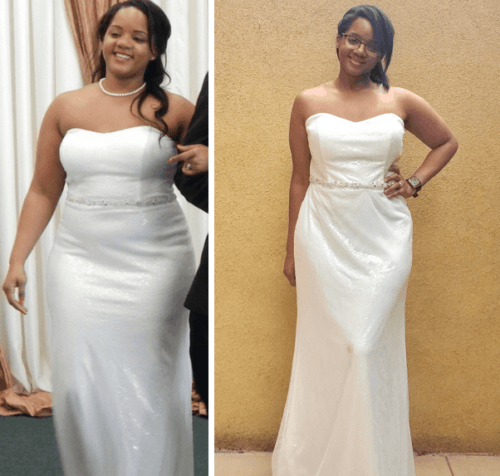 I used to be so unhealthy and overweight and I used to think to myself how I should lose weight.

How I couldn’t ever fit into my size 4 skinny jeans again. How I didn’t like healthy food and wouldn’t ever enjoy exercise so I’d never be slim and trim.

You see those awful limiting beliefs?

When I stumbled upon these I naturally tried the Lose Weight Fast subliminal first… and it worked!

I lost 30 pounds in just a few months without feeling like I put in any real effort! It was bananas!

After that wild success, I figured I’d go down the list and grab others and can highly recommend the Think Yourself Rich audio program for manifesting money fast!

That’s the one I played when I just so happened to win some free money on a slot machine!

You’ll be SO happy you did.

Read These Manifesting Ideas Next: 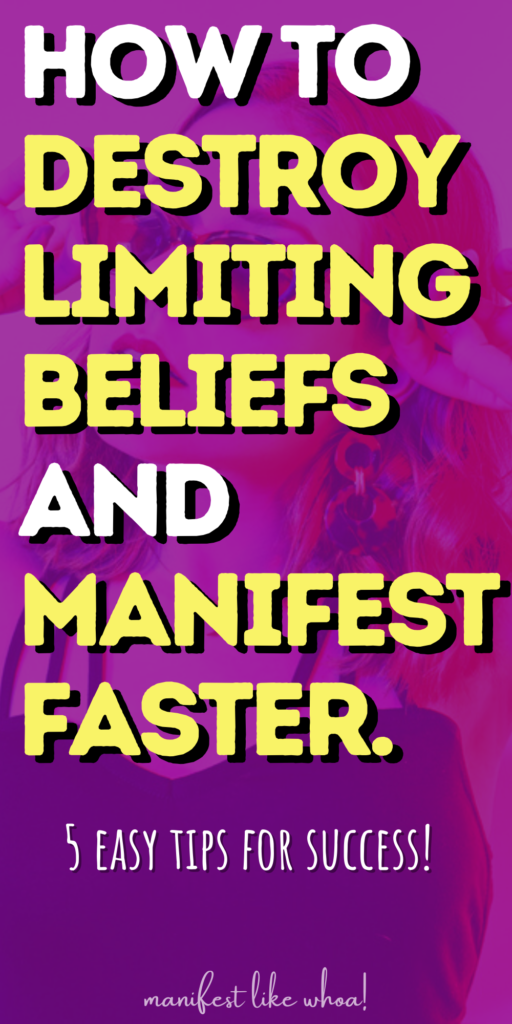