Some people say yes, but is it really?

This post will explore the nature of the law of attraction and whether manifesting is dangerous, or just a fun, easy way to attract people, places, and things to you so you can have a better experience in life.

Read on to discover the truth about whether you can safely use the law of attraction or not.

The safest way to practice the law of attraction 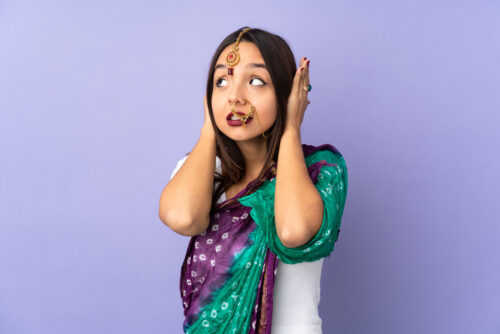 While, generally, working with universal energy is pretty safe, you should still make sure you’re following your best path.

So many people jump headfirst into manifesting because it sounds cool and exciting, but if you’re out of alignment you could make critical mistakes that could be dangerous.

Or at the very least, have negative consequences.

For example, let’s say you’ve fallen off of your soul path (without knowing it, of course), and you try to manifest your dream job.

If you’re out of alignment, you might manifest a higher-paying job and think this is great because you’ve got more money, but it might be something that has a toxic work culture or unethical business practices that slowly erode your self-worth and your spirit.

In which case, you’d probably wind up quitting or getting fired anyway and wind up worse off than you started!

The best way to avoid these types of problems is to make sure you’re on track with your free numerology reading.

Imagine instantly receiving deeply personalized, shockingly accurate information about your challenges and gifts with a few clicks of your mouse, in minutes.

Picture how safe and secure you’ll feel with this powerful information at your fingertips?

Just knowing, with 100% certainty, that you’re headed straight where the universe and the divine want you to go would make you feel so protected — would it not?

Get your free reading instantly to make sure you’re on the right track.

That way you can rest easier at night knowing the universe is on your side.

Can manifesting be dangerous?

Manifesting is nothing more than making your thoughts real.

It’s the idea that everything that exists in our current reality first begins as a thought.

Then, you apply action (with the help of the universe, of course, and make it real.

You can think of it as your process of going from hungry to satisfyingly full.

You experience hunger so you think about how you’d like to satisfy that desire.

Maybe you want to eat a piece of pizza.

That’s your intention. Your desire.

To manifest this pizza, you might pick up the phone and order. When it comes, you pay the delivery driver. Then you eat it.

You just manifested that.

It’s a simple way to view manifestation, but that’s all that’s happening when you’re ordering from the universe.

You’re in no more danger when ordering from the universe while manifesting than you are when ordering a pizza from your favorite restaurant.

Manifesting as an activity or action is not dangerous at all.

However, that’s not the only thing to consider.

First, we have to decide what we mean by “dangerous” when we talk about manifesting.

What are dangerous side effects of manifesting?

Manifesting can have some potentially dangerous consequences for certain people.

For example, some people can get a little too caught up in looking for signs that their manifestation is coming. If they aren’t careful, this can take over their lives in unhealthy ways.

Furthermore, if you spend too much time putting time and energy in the universe to deliver results while neglecting personal responsibility, it could be dangerous.

If you are ill and choose to manifest good health rather than go see a doctor, that could have dangerous consequences.

But, in either case, manifesting itself is not a dangerous action.

That boils down to personal responsibility.

Is manifesting bad if you believe in God?

If you believe in God and have reservations about manifesting, it could be dangerous or wrong for you in your social life.

Maybe you would be an outcast for choosing a different path.

The social consequences of going against the system you were raised in could be dangerous.

However, you are unlikely to suffer any consequences outside of social problems should you choose to try manifesting — even if you believe in God.

Is manifesting a specific person dangerous? 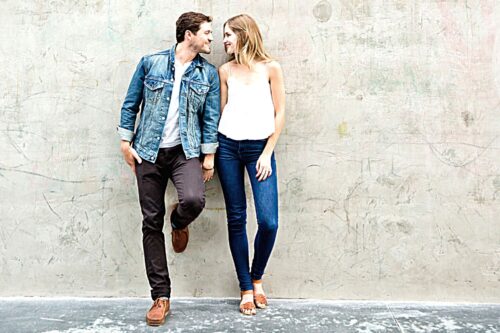 While generally you’re advised against manifesting a specific person, there is little danger here, either.

The only person you have control over is yourself.

The same holds true for you when it comes to others manifesting you!

It’s generally just a huge waste of time and energy trying to manifest someone else to do something. Sometimes you can waste money as well.

In some cases, you have to consider that manifesting a specific person can cause bad karma if you’re not doing it for the right reasons.

But there is no danger to manifesting a specific person.

It’s just so much more effective to focus on manifesting positive qualities and positive attraction into your own life!

What is the difference between prayer and manifestation?

There is little difference between prayer and manifestation, other than the target of your request and maybe the method you use to send the request.

Usually, prayer refers to a deity. Whereas manifesting does not necessarily have a target. You can manifest anything without asking anyone.

You can also manifest just with intention alone, but most often manifestation also adds a component. Usually a writing component, as with the 55×5 method or the scripting exercise. But other times you can manifest with numbers like Grabovoi codes or even angel numbers.

Some wear or use talismans when praying. People may use crystals for manifestation.

There are similarities between prayer and manifestation, but a few differences as well.

Either way, you are setting an intention and focusing your energy on making your desire a reality.

It does not matter which term you use.

Is manifesting bad or good?

Manifesting is only as bad or good as your intention.

If you come to manifesting with pure intentions, an open mind, and a loving heart, manifesting is good.

Even though you can’t harm anyone or even yourself with manifesting (and therefore manifestation is not truly dangerous), it’s just so low-vibe to try to manifest bad things.

The world already has too much negativity!

The more people who spread love and light and try to create, manifest, and do good things in the world, the better.

So, manifesting is only as good as you are.

Final thoughts on the dangers of manifesting

I hope you enjoyed this article and that you now have confidence that manifesting is not dangerous.

However, if you approach manifesting and feel awkward or like something isn’t right, don’t do it!

First and foremost, you should always pay attention to your intuition.

Even though manifesting is not dangerous, you should always let your conscience be your guide.

Don’t do anything that makes you feel bad.

You deserve to experience love, peace, joy and happiness — don’t ever settle for anything less.

Oh, and by the way — make sure you get your free numerology reading.

It really is the best way to be certain you’re working with the flow of the universe — not against it.

Once you’ve got this information, you’ll feel so safe and secure.

And that means you’ll not only receive your manifestations faster, but you’ll have no worries or fears about the process. 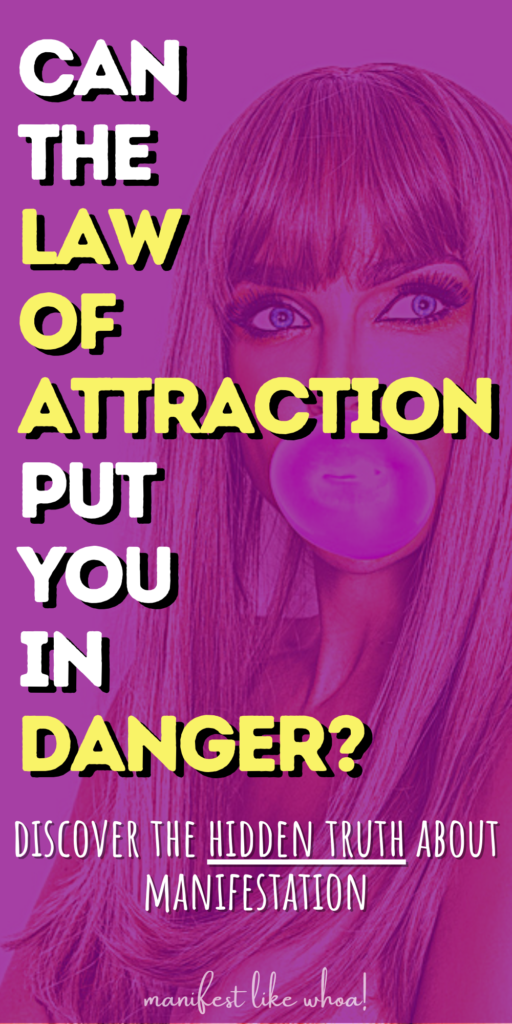