When it comes to manifesting and the law of attraction, I’m sure you’ve heard a million times over that it all starts with setting a clear intention. And that’s true!

You’ll have a really hard time manifesting anything if you’re not crystal clear about what it is that you even want.

Knowing what you want is only half the battle, however.

Anybody can set a random intention that sounds cool like “I want to manifest a million dollars.” But for most people, that probably won’t work out all that well. At least not without a bit of focus.

Over the years, I’ve manifested so many incredible things and reviewing my many manifestation journals, I’ve found a distinct pattern to setting intentions that I think anybody can find helpful.

Today I’m going to share with you my 7-step intention setting process that’ll help you manifest anything you want! 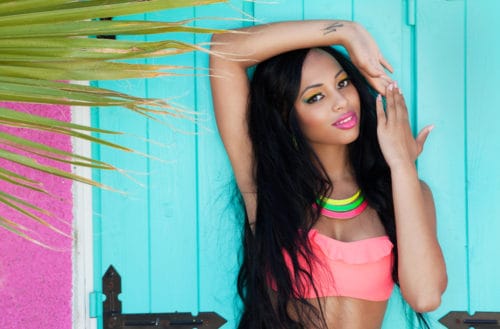 1- Why Do You Want This Intention To Manifest?

As you may have guessed, the first question in the intention-setting process is to ask yourself why you want your intention to manifest.

Your answer (or lack thereof) may surprise you!

Keep in mind; there’s no right or wrong answer to this. And it may take some time to get to the answer that resonates with you. But when you get there, you’ll know it.

“Just because” isn’t a strong enough why to be meaningful enough for you to attract it.

Be honest – you don’t just want to manifest a million dollars to sit on top of it.

Maybe you want the security of having enough money to live well and care for your loved ones or invest in causes that are important to you.

Perhaps you feel the money will boost your social status or allow you the freedom to travel across the globe.

Maybe you just want your business idea to thrive, so you can be proud that you created something that is monetarily successful.

There’s no right or wrong answer but consider this.

When you start figuring out your why, you see your true intentions may shift a little.

If you’ve been having trouble manifesting, this first question may reveal that your intention was all wrong, and you need a course-correction.

2- What Emotions Will You Experience When This Intention Manifests?

Somewhat related to the first question, but going a little deeper, is how will you feel when your intention manifests?

If you’ve got the right intention, you will know automatically how you will feel.

If your intentions don’t move you, excite you or thrill you in some way, sad to say – you might have a hard time manifesting.

I like to use my 55×5 manifesting method story as an example because it’s achievable for most.

The first time I tried 55×5, I chose to manifest $20. This $20 wouldn’t be life-changing, of course. But I still knew that I would feel excited if it worked!

I mean… when you try a manifesting method for the very first time, you have no idea if it’s going to work or not, or when?

That little emotion is enough for you to know your intention is on track for manifesting success!

Whether you want to manifest something big or something small – it’s the same. But you have to care about what you’re manifesting at least in some small way or else you may have a hard time drawing it your way.

3- How Can You Anchor This Intention Into Your Daily Life?

Next, consider how you can anchor your intention into your daily life.

What I mean by that, is let’s say you want to become a famous author and manifest a book deal. You want to leave little hints to yourself in as many places as you can that this is something that’s happening for you.

For example, maybe you set a notification in your phone to go off once a day saying “congrats on your book deal!”

Or, if you want to become a life coach or other professional, why not draw up business cards with your title on them? There aren’t any rules saying you can’t self-identify as who you want to be.

If you say you’re an author, life coach, business owner, writer, or whatever – I know I’ll believe you!

The Universe will help make that a reality for you too! ?

4- Is This Something You Still Want?

Another intention-setting tip that I have for you is to ask yourself if it’s something you want?

So many times, we set intentions based on societal expectations. Or even things that we may have wanted in the past that no longer still stand.

I’m SO guilty of this! I change my mind like, all the time, and it sometimes even frustrates people around me. But the Universe doesn’t care!

If you’ve done a manifesting exercise with one intention and it’s been a few weeks, and it still hasn’t manifested, it’s okay to do a quick review and make some changes.

One of the reasons I advocate slowing down in general in life and spending at least a few minutes a day in meditation, journaling, or in some other form of self-reflection is that you need to become very familiar with who you are and what you want.

And it takes time off social media, away from others, and in the space of peace and quiet to truly reflect.

The most important thing you can do when it comes to setting intentions that you want to manifest is to know your truth.

Know your truth apart from outside influences because let me tell you it’s SO easy to get caught up in what other people say you should want.

Make sure you are setting true, honest intentions that are for your highest and greatest good, okay?

5- Are You Willing & Able To Take Action? 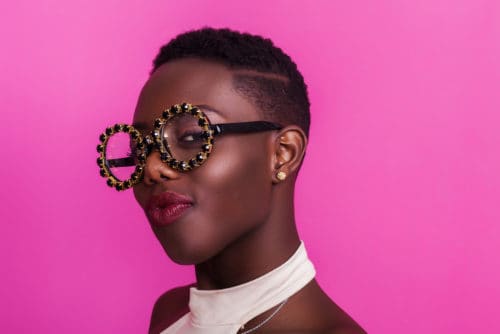 Super-duper important is you need to ask if your intention is something you can take reasonable action on?

By that, I mean both is it possible, and are you willing?

Let’s say you want to manifest your soul mate. It’s unlikely that you’re going to randomly find someone without putting yourself out there at least a little bit in some way.

Are you willing to go out more (maybe not right now at the beginning of a major global health issue as I write this)? Or would you open up to talking to people you may not have considered before? Are you willing to energetically clean up your life by creating space for someone new to come into your life?

Or, by contrast, are you shy and introverted and hate online dating and refuse to accept invitations to new social gatherings?

Your intentions have a hard time manifesting unless you create space and allow for movement.

The Universe can only do so much.

You must be willing to create doors for the Universe to allow your manifestation to walk through. Got it?

6- Do You Trust & Believe This Intention Can Manifest?

Here is another big one when it comes to setting intentions – belief.

It’s totally okay to think big. I’m hugely fond of setting big intentions, thinking big, dreaming big. BUT… there’s a fine line between setting goals that scare you a little bit and setting intentions that deep down inside you don’t believe you have a hint of a chance at achieving.

Let’s go back to the example of manifesting a million dollars.

It’s SO possible. It really is. But you’d have to believe it can manifest.

It’s easier to believe in this if you’ve already got some open doors than it is if you have nothing.

But if you have nothing, you can still manifest a million dollars – it’s all up to you!

The thing is if you set goals that are too unrealistic, you’re doing yourself a disservice. Because you can state all the positive affirmations you want to, but if deep down inside your subconscious mind is going, “yeah, right?” No dice.

This is yet another reason why I love the idea of starting relatively small!

Start with coins on the ground, a cup of coffee, or a text from an old friend.

Once you see these smaller manifestations trickle in with regularity, your faith in and ability to let go and trust the Universe and faith in yourself increases. And you move on to bigger and better manifestations!

7- How Long Are You Willing To Wait?

And finally, how long are you willing to wait for your intention to make its way to you?

This final question is so crucial because look – the Universe does not work on your time. Sometimes your manifestations can come to pass in minutes, hours, and days. Other times, it takes weeks, months, even a year or more!

But you must be honest with yourself.

But it’s best to analyze your intentions by first admitting how long you’d really be willing to wait before you gave up, tried something else, or concluded that the law of attraction just doesn’t work for you?

The thing here is just patience.

You will never know how long things will take.

If you can admit upfront that you’re not willing to be patient, it may be a sign that you are going about it the wrong way.

For example, if you need something urgently and it’s severe so you absolutely can not wait because you’re in dire straits? You don’t need to be manifesting. You need a more concrete solution.

Whereas if you acknowledge that you want something, but it might take a year and meh… while you don’t want to have to wait that long, but you’re willing to?

You’re probably better suited to move forward with that intention.

Are You Ready To Set Intentions?

So, now that you know the magic seven questions that you should consider when setting your intentions, what do you think?

Do you think any intentions you’ve set in the past have met these criteria?

Either way, I hope this list gives you a little food for thought!

I can’t wait to hear all about how you transformed your life by setting crystal clear, powerful intentions that rock you to your core.

With love, light and most of all – magic,

Read These Manifesting Tips Next:

How To Set Intentions That Actually Manifest