Today, I want to share this incredible cinnamon money manifesting spell that I’ve used to draw money in a flash!

While there are specific instructions, over the years, I’ve since tweaked it to my preferences.

And you may find it elsewhere online or hear different instructions on how to use it.

But one thing I always say is that it’s not really about the exact steps you take.

It’s about the intention you put behind your manifesting rituals and spells.

Each time I’ve ever used it, I’ve always received at least a little bit of money.

Even overnight in some cases!

So, read on for the money manifesting ritual that you can use to attract money overnight!

Make The Cinnamon Spell Work On The First Try 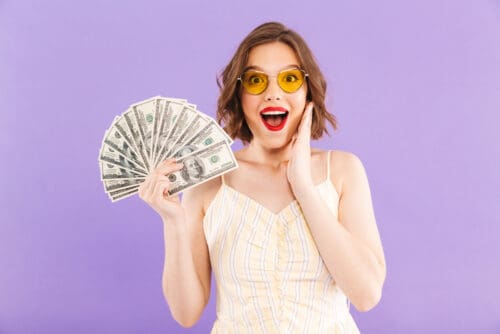 Not everybody gets the cinnamon ritual (or any manifesting methods) to work on the very first try.

And I want to clue you in on a little secret that will keep you from joining that unfortunate group!

So many people dive headfirst into manifesting spells because they sound like easy ways to get fast cash, but they wind up disappointed when the magic works for everyone else BUT them.

There’s one common reason for this that I see all the time.

It’s because they’re out of alignment.

And if you’ve got energetic blockages, you’re wasting your time with these magic spells and rituals — they won’t work!

A spell like the one I’m about to show you will just be a waste of precious herbs and spices!

The worst part is that you can fall victim to this common mishap without even knowing it.

But the good news is that there’s a super easy fix, and it’s FREE!

The best way to repair this problem without a doubt is by getting a free copy of your numerology chart.

Imagine receiving highly personalized, surprisingly accurate information about your challenges and gifts with a few clicks of your mouse.

Visualize the light switch going off in your head (aha!) as you begin to clearly understand why you’ve struggled with money for so long!

You can just feel how much more confident you’ll be casting money magic spells knowing you are working with your strength and gifts and suppressing your challenges, can you not?

It’ll be like unlocking the trap door keeping you shut out from your rightfully abundant future.

Download your free report instantly to make sure you have all your bases covered!

That way you’ll be sure you’re not just pointlessly folding spices into paper money for no reason.

Your future is waiting for you, so don’t waste any time!

(it only takes two minutes.)

You know how some spells require complicated ingredients that are either expensive or difficult to find?

There are only four ingredients, each of which you probably already have in your possession.

A good money affirmation for this manifesting ritual is something like “I am receiving unlimited abundance from many sources”.

Beginning at the top of the dollar, draw a line of cinnamon toward your body.

This symbolizes bringing money toward you.

(With rituals and spells, it’s important to remember when you want to draw things to you, you move inward.

If you wanted to repel something you’d move it away).

As you draw this line, focus on the abundance affirmation you created earlier.

Visualize how it feels to have more money flowing to you endlessly.

Draw five lines total across the money, focusing on your intention the whole time.

Variations Of This Cinnamon Money Spell

Now that you know how to do the ritual, I want to give a few tips about details you may find elsewhere on the internet.

1- Day Of The Week (Best Time To Manifest Money)

First, you may find advice to perform this ritual on Thursdays.

This is because Thursday is astrologically associated with the planet Jupiter, which rules luck.

I’ve done this on Thursday and manifested money, for sure.

But, I’ve also done this on Monday and attracted money then, too!

My advice to you is if you’re in a bind and need to manifest money fast, don’t wait!

Try it and see what works for you.

2- Phase Of The Moon 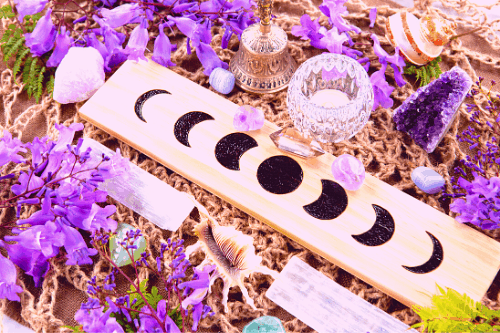 Second, you may hear that you should start on the new moon or a waxing moon (when the moon is growing in size).

Conversely, if you wish to banish something, you start at the full or waning moon, when the moon shrinks in size.

Again, in my experience, this hasn’t mattered much.

The most important thing is your intention and your belief.

By all means, if you find the idea of doing things utterly exciting and more fitting, go right on ahead.

But if you don’t have the time or ability to wait until the third Thursday of next month when the moon is waxing?

You may miss your opportunity to manifest money, and that’s no fun!

3- How To Attract Money With Cinnamon And Coarse Salt

Another magical tip I have for you is to combine coarse salt and cinnamon to manifest money.

Salt has so many metaphysical and magical properties.

It’s been used for ages mostly for cleansing, purification, and protection, but it also can be a powerful mineral for good luck, prosperity, and abundance.

Furthermore, when combined with cinnamon it enhances the money-drawing properties of the cinnamon, while also adding a dose of protection to your incoming money!

You can’t lose by adding salt to this cinnamon spell.

You can do this easily by pouring the salt into a bowl.

Before using the paper money, run it through the bowl of coarse salt to cleanse it of any negative energy, and hold an intention in your mind to release any negative money beliefs and attract more income to you.

Then proceed with the rest of the money spell.

Another way you can use cinnamon to bring prosperity is to try the cinnamon blowing ritual.

All you do is take cinnamon and coarse sea salt, then put a few teaspoons of cinnamon and a little of the salt into your dominant hand.

Go to the entrance of your office, home, or wherever you want to bless for good luck and prosperity.

Then, you say your intention for what you want to manifest and blow the cinnamon into the room.

You can say whatever you want.

You can say “when I blow this cinnamon, abundance, and prosperity will fill this space.”

Or, “as I blow this cinnamon, money will effortlessly flow through.”

Leave the salt and cinnamon mixture on the ground for at least 24 hours before sweeping it up.

This is a great cinnamon spell to do at the beginning of the month, but the intention is always what matters more than timing.

If you miss the first of the month, do it when you can!

(and set a timer/reminder for next month so you don’t forget!)

Yes, it’s really as simple as it sounds!

Just take a regular cinnamon stick like what you’d have in your cabinet and use for coffee or hot chocolate, and hold it up to direct fire on your kitchen stove.

Let the flame burn the stick until it gets smoky and aromatic, then travel around your home with the smoke and let it infuse your home with good money vibes!

Make sure you set the proper intentions for this ritual to bring you good luck and success as you go about your days.

To share a few of my successes with this money manifesting ritual, here are a few things I’ve received.

Final Thoughts On The Cinnamon Spell

I hope you’ve enjoyed learning all about the cinnamon manifestation ritual and how to apply it in your life!

It’s such a fun, easy technique that can help you manifest tons of quick and easy money in so little time!

Countless people have had success with it, and I know you can too.

But I encourage you to get that copy of your numerology report!

Why risk wasting your precious time and energy on doing something that you already know might not work?

It just makes so much more sense to eliminate that risk and get it right on your first try, does it not?

Get your free report first.

(You’ll manifest so much more money!) 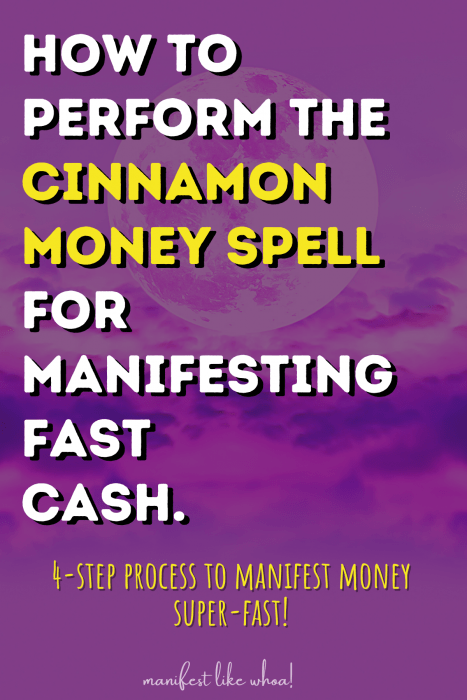 More Money Spells & Rituals For You